I saw this bracelet in a pawn shop in Shepherd's Bush market yesterday, and actually missed my bus I was so astonished by it. At first it was definitely just the price that got me - never seen anything like it in a pawn shop before. 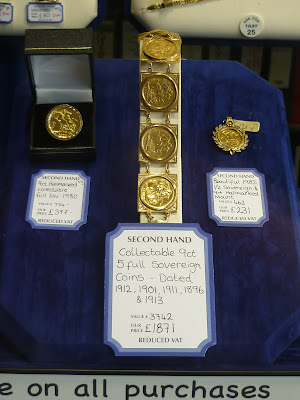 The sovereigns, or bullion coins (coins made from precious metal kept as a store of value rather than used in commerce), date back from the early 20th century, and would obviously mean a lot to someone - they would have to for £1871. Since 1817 sovereigns have been made with the same specific standards that dictate weight, thickness and carat.
There was a definite stage at school, where girls wore sovereign rings to proclaim how badass they were. I remember Tessa and I spending a long time in Argos looking at rings for children that we could squeeze on to our hands. 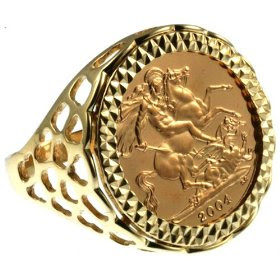 They are really great, I still want one.
At work, my brother has just edited a really interesting book about gold, published by the Goldsmith Company. It tells of 25 gold facts, such as: 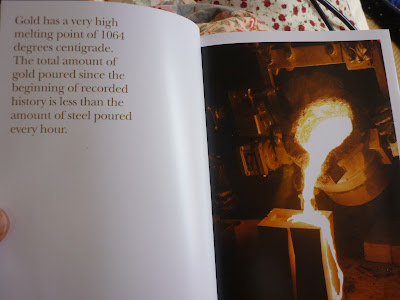 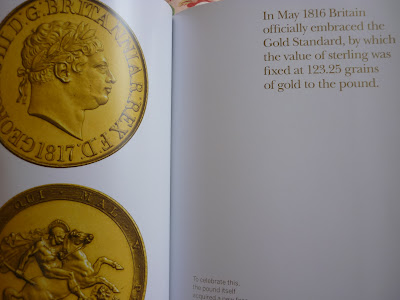 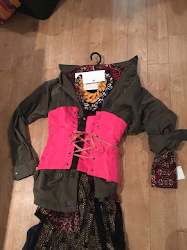